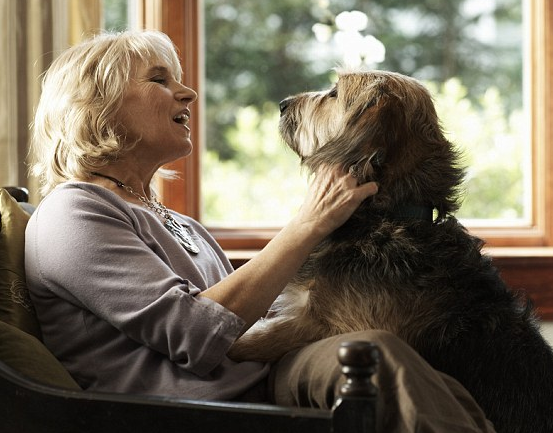 The subject of this report is Single American Consumer Units (H/H’s) – 1 adult, no children or other adults. Most of our discussions on Pet Spending have focused on the various demographics segments that have 2 or more people, with or without children. There is good reason for this as they spend 80% of all Pet Dollars. However, we shouldn’t overlook the singles segment. Currently they represent 11.6% of the total U.S. population. However they are 29.5% of all Independent Financial Units (CU’s) and account for 20% of Total Pet Spending. With 29.5% of CU’s and “only”20% of Pet Spending they are not as productive as many segments. However the Total Pet Spending in 2015 by U.S. Singles was more than…

I think that they deserve a closer look. But before we get started, I want to give credit to the US BLS. All the numbers were taken from or calculated from data in their Annual Consumer Expenditure Survey and a special report on singles spending by gender. To get a valid sample size for single men and women, they combined the data from 2014 and 2015. In order to compare these numbers to overall national data for the same period I calculated the average spending for 2014-2015. Let’s first look how singles are dispersed across society by age group.

Now let’s get to know a little more about their characteristics, starting with homeownership and employment. 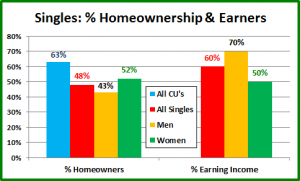 Speaking of earning, let’s look at income and spending.

In the first chart we saw that Singles were significantly below par in the percentage of homeownership and “earners”. This usually results in decreased Pet Spending. Here’s how they compare on income and spending.

Now we’ll “Show you the Money” as we compare Avg CU Pet Spending to Single CU’s for every age group.

Total Singles – Overall, the pattern of CU spending generally mirrors that of the National trend. Spending starts to grow in the 25>34 age group, builds to a peak at 55>64 then falls off after 65. One thing to note is the huge spending increase for Singles between age groups 25>34 and 35>44 – 50%. The National increase is only 18%. Singles acquire pets a little later than the general population.

Single Men – This pattern is markedly different. Spending triples when they reach the 25>34 age group as they are acquiring pets. However, their spending peak comes early at age 35>44. From 45>64 their spending falls off a little bit, but it is basically static. When they reach 65, spending drops 25%. The stability in the spending from 35>65 indicates that there are few new pet households but those who have pets are committed to their pets. Also, the spending drop at age 65 is less precipitous for Single Men than the overall national numbers.

Single Pet Parents are a significant segment in the Pet Industry both in size and in spending. Here are the totals:

That’s an incredible difference, considering that these groups are close to the same size – Women – 52% of CU’s; Men – 48%. We have found that gender definitely does matter in terms of Pet Spending by Single consumers.

Let’s consider the experience of Pet Parenting for Singles. It’s an enormous responsibility for anyone. However, if you are single, then all the responsibilities, big and small, “belong” to you, unless you choose to hire someone to help. By the way, that does happen. $1.64B (26%) of all 2015 Pet Services Spending was by Singles.

Singles are very interested in any product or service that makes going “solo” as a Pet Parent significantly better or easier. With relatively low income, price will always matter. However, they will spend more for a product that is significantly functionally better.

In terms of reaching this group, there appear to be 3 major opportunities/challenges:

That wraps it up for this report. The Single Pet Parents demographic group definitely deserved a closer look and we certainly answered the question regarding Pet Spending and gender. Currently, it does matter and if it’s a contest, women win in a runaway.