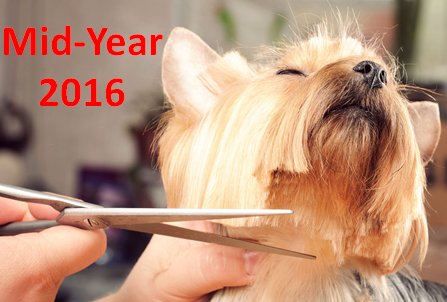 The US BLS just released their Mid-Year Update of the Consumer Expenditure Survey covering the period 7/1/2015 to 6/30/2016. The report shows Non-Vet Pet Services Spending at $6.82B, Up $0.96B (+16.4%) from a year ago. The following charts and observations were prepared from calculations based upon data from that report and earlier ones. The first chart will help put the $6.82B into perspective with recent history. 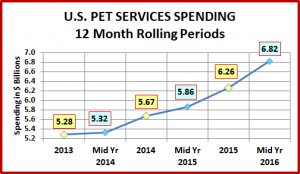 Let’s take a look at the Mid-Year Services Spending by Age Group.

It’s an interesting pattern. The Below Avg income group and the wealthiest group over $150K are driving the increase.

The good news also is widespread. Here are some of the biggest Demographic Segment gainers In Services Spending: