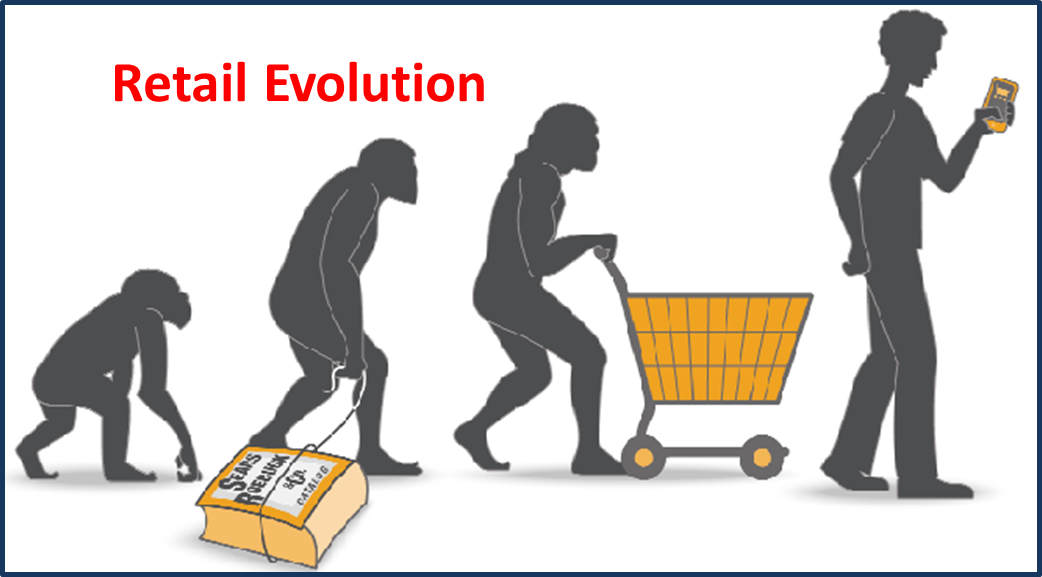 In our report earlier this week we updated the race for the “Gold” by the Top 3 Retail Channels – Supermarkets, Internet/Mailorder and SuperCenters/Clubs. Over the past 20 years these Retail Channels have become increasingly important both to U.S. Retail and to the Pet Industry. In 2015 their combined sales were $1.46 Trillion, 45.8% of the total “Relevant” Retail U.S. Market (Less Restaurants, Auto and Gas Stations). In 2012 they accounted for 47.4% of all Pet Products sales in the U.S.

The retail marketplace is constantly evolving to better fulfill the wants and needs of the consumer. These key retail channels did not just magically appear fully formed in their current embodiment. They developed over the years, sometimes over decades or even over centuries. It is important to know their history to put their current standing into perspective and to speculate on the future. First, Supermarkets

Supermarkets – A larger form of the traditional grocery store with a significantly wider variety of food and general merchandise items organized into aisles. They are generally located in residential areas with easy parking and extended shopping hours. They are also usually part of a chain of stores and feature relatively low prices due to volume purchasing.

In the U.S., Grocery Stores developed in the mid to late 1800’s, including A&P which was founded in 1859, but they all required a clerk to retrieve the consumers’ purchases. The first self-service grocery store was Piggly Wiggly, which opened in 1916. However, these early grocery stores did not sell fresh meats or produce. Combo stores were developed in the 1920’s. According to a study by the Food Marketing Institute in conjunction with the Smithsonian, the first Supermarket was King Kullens, opened on 8/4/1930 in Jamaica, Queens in New York City. A key feature was a separate parking lot, which made shopping more convenient. Other grocery store chains like Safeway and Kroger initially resisted the move to the supermarket format. However, the depression era consumers were looking for value and convenience so the supermarket format became the norm.

After World War II, automobile ownership proliferated and the “suburbs” were developed. Supermarkets followed their customers and rapidly expanded, usually as regional chains and generally located as the anchor store in “strip malls”.

In the late 70’s and early 80’s Supermarkets began broadening their appeal even more with the development of generic foods, which ultimately morphed into private label. They also radically expanded their selection of general merchandise items. This influx of higher margin items significantly helped their bottom line. Ultimately, they added food service, coffee shops, pharmacies and even bank branches to help fulfill the consumers’ desire for value, convenience and selection. Obviously, the store size also grew to accommodate these new features. Next SuperCenters…

SuperCenters or Hypermarkets – These huge, high volume retail stores are basically a Supermarket combined with a Discount Department Store. The forerunner of this channel was Fred Meyer’s “one-stop shopping center” opened in Portland Oregon in 1931. Through the 30’s, 40’s and 50’s they kept adding departments and expanding the store size up to 70K square feet. The first modern sized Hypermarts, up to 160,000 square feet, opened in the 1960’s. Meijer, a Midwest chain opened the first “supercenter” in Grand Rapids, Michigan in June 1962 under the name Meijer’s Thrifty Acres.

In the late 1980s and early 1990’s the three major Discount Store Chains, Walmart, Target and Kmart “got on board”. Walmart opened Hypermart USA in 1987 which became Wal-Mart Supercenters in 1988. Target opened Greatland stores in 1990 which became the larger Super Targets in 1995. Kmart opened its first Super Center in 1991 which became Super Kmarts. By the mid 1990’s these Chains had firmly prioritized their efforts behind the SuperCenter one stop shopping format. Now Club Stores…

Warehouse Club Stores – These huge, no frills outlets offer a wide variety of grocery and general merchandise items at exceptionally low prices due to reduced margins. They appealed to both consumers and small business owners. Products are often packaged and sold in a larger quantity than in other outlets and all customers are required to pay an annual membership fee. The first Warehouse Club was Price Club, founded in 1976 in San Diego. 1983-84 was the true beginning for today’s major players in this channel with the 1983 founding of Costco, Kmart’s Pace (later sold to Sam’s Club) and Sam’s Club (Walmart). BJ’s Wholesale Club opened their doors in 1984.

Internet/Mailorder Defined – This segment really encompasses retail sales done over the phone, by mail or through the internet. They all have common elements. Every sale takes place without an in person, face to face interaction and is not “rung out” through a cash register in a brick ‘n mortar store. One other common element is a visual presentation of the product in a catalog, on TV or on the internet. It all started with… 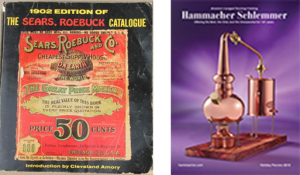 Mail Order – Amazingly enough this “channel” traces its beginnings to 1498 in Italy with the first known catalog – selling books. 1667 saw the first seed catalog in England. Even Benjamin Franklin got into the fray in 1744 with the first catalog in Colonial America – selling scientific and academic books. However, the world’s first “true” modern mail order service was begun by Pryce-Jones in 1861 in England, selling flannel and rugs. By 1880 he had over 100,000 customers and was rewarded with a knighthood in 1887.

In the U.S., Hammacher Schlemmer  (1848) is the earliest still surviving mail order business. However, they didn’t publish their first catalog until 1881. Montgomery Wards produced its first mail order catalog in August of 1872 and became the leading player. Richard Sears began selling watches by catalog in 1888 but by 1894 he had expanded his catalog to 322 pages and began to dominate the industry. In 1933 Sears produced its first annual “Sears Christmas Wishbook”, perhaps the most famous catalog of all time. We generally champion the internet for its huge variety of products. However, we should remember that from 1908 to 1940 you could buy an entire pre-cut house from Sears by mail order. They sold 75,000 of them which were shipped by rail then delivered in truckloads to your lot to be assembled by your friends and family – amazing. Mail order continued to flourish as a small but integral part of the U.S. Retail market until technological changes altered the retail landscape –TV and then, the internet. 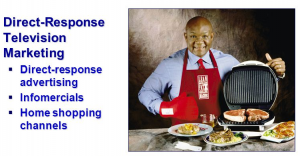 Sales primarily through TV is a subset of Mail Order Sales and became a part of the retail marketplace with the development and proliferation of cable/satellite TV. As the number of channels grew, the need for funding/advertisers grew. Many companies looked upon this as an opportunity to directly “reach” their consumers, bypassing traditional distribution channels. Ultimately, it has expanded to dedicated time slots on many networks and even whole networks whose sole function is direct retail sales. Finally, the Internet…

Internet /E-Commerce – Perhaps the single biggest change in the U.S. and in fact, the world in the last 20 years has been the rise of the internet. It has altered virtually all aspects of our life and most certainly our spending behavior. There are many aspects of business which are now handled through the internet but in our report our primary focus was consumer online shopping.

The precursor to the internet was ARPANET which allowed networking between academic entities. In 1984 CompuServe launched the Electronic Mall, the first comprehensive e-commerce service. The first web browser, WorldWideWeb was developed in 1990. Netscape 1 was created and released in late 1994 which included the first secure encryption of transactions. In 1995 both Amazon and eBay were founded and the race truly began. 2000 was a down year as the dot-com bubble burst. However, in 2003 Amazon posted its first yearly profit and the segment began to grow. Continued developments in both software and hardware, along with intense competitive pressure have made this channel easier, more affordable and much more accessible to a greater number of Americans. This trend continues as every year both internet coverage and online shopping increase.