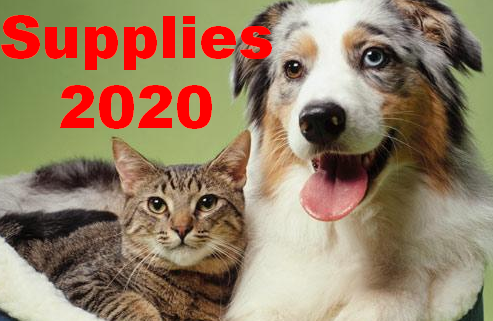 In 2019 we saw the full impact of the tariffs. Prices continued to increase. By yearend they were up 5.7% from the Spring of 2018 and spending plummeted -$2.98B. The major factor in the drop was a 13.1% decrease in purchasing frequency.

2020 brought the pandemic, with retail restrictions and the consumers focus on needed items. Both the amount spent and frequency of purchase of Supplies fell slightly. This could be the result of a strong consumer move to the internet.

That gives us an overview of the years leading up to 2020. Now let’s look at some specifics regarding the “who” behind the 2020 numbers. First, we’ll look at spending by income level, the most influential demographic in Pet Spending.

Every group spent less but the biggest negative impact occurred in the middle range – $70K >$150K. This group has the biggest family and career pressures, so it is not surprising that their discretionary spending on Supplies was less.

It’s split, but simple. Young Millennials and old Boomers spent more. Everyone else spent less. Here are the details.

Next, let’s take a look at some other key demographic “movers” in 2020 Pet Supplies Spending. The segments that are outlined in black “flipped” from 1st to last or vice versa from 2019. The red outline stayed the same.

Only 2 segments flipped from last to 1st as Managers/Professionals and Homeowners w/Mtge returned to their usual position at or near the top. 5 Segments held their position – 1 on top, 4 on the bottom. All of these are surprises as they are often in the opposite spot.

On the “winning” side there are a couple “usual suspects” – Mgrs/Prof & Adv. College Degree. The others are all somewhat surprising although Supplies has trended younger in recent years which would include Millennials & 25>34 yr olds. On the losing side, we already mentioned 4 surprises but there are a couple more – Suburban & 2 Earners.

Supplies is a discretionary segment, so it is more susceptible to market factors than the more needed segments. In fact, Supplies spending has decreased in 16 years since 1984. Since 2010, it has become very commoditized and price sensitive. 2 years of deflation drove spending up $5B. Then inflation hit and things turned around, -$2.98B. The 2020 Pandemic caused Pet Parents to focus on Pet Needs. This means that the more discretionary categories, Supplies & Services, lost ground. The overall decrease in Supplies was relatively small, under 10%, compared to the changes in other segments but it still shows the vulnerability of this more discretionary segment.