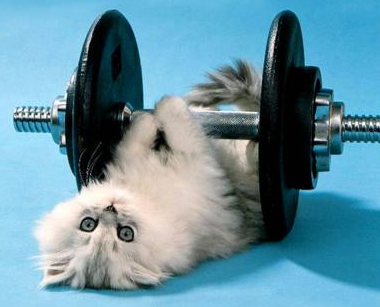 Remarkably, the lift for November has remained relatively constant through the years at about +7% – despite the increased hype over Black Friday and even with the kickoff time being pushed up to Thanksgiving day and earlier.

The Census Bureau just released the Advanced Retail Sales for November. Let’s take a look and see how we’re doing this year in retail sales compared to 2013. To make it easier to view the results from different channels, we’ll break the data into 2 charts and compare: 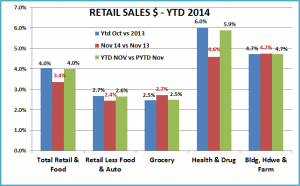 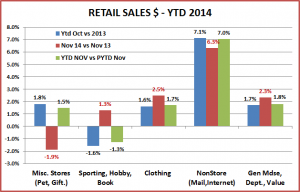 We have looked at November’s sales. Overall it was an OK month, give it a “C” or “C-“. How does this affect the anticipated Holiday Lift which starts in November? The next 2 charts will compare this year’s November “lift” to the ones in 2012 and 2013. 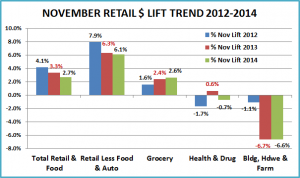 In the next chart we will take a look at Miscellaneous Stores which includes Pet and Gift outlets along with some channels that are impacted early and strongly by the Holiday lift. 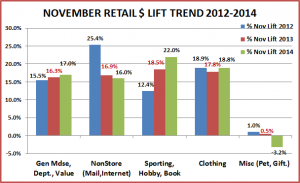 Regarding the November portion of the lift, it seems to be trending down slightly. Moving up the kickoff of Holiday shopping may help…at least when it is done by the calendar…and especially when November 1 is on a Thursday, which can give us up to 6 more “official” holiday shopping days in the month.

By the way, in the midst of the Great Depression, President Roosevelt tried to move Thanksgiving to the third Thursday of the month (from the last Thursday) in the years 1939-1941. Some people say he was urged to do this by Retail executives in order to extend the Holiday shopping season. The effort ultimately failed and Thanksgiving was set as the fourth Thursday of the month by an act of Congress which was signed by the President on December 26, 1941…less than 3 weeks after we entered World War II.

So I guess we could write our Congressmen….or better yet…..Enjoy the Holiday Season and have a great New Year!

Petflation November Update – Have prices peaked for the year?
Scroll to top