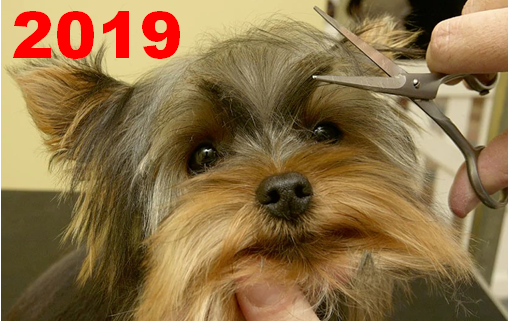 Except for a small decline in 2017, Non-Vet Pet Services has shown consistent growth in recent years. In 2018, that changed as spending grew a spectacular $1.95B to $8.72B. The number of outlets offering Pet Services has grown rapidly and consumers have opted for the convenience. However, prices were also strongly increasing. In the 2nd half of 2019 spending turned down. The final 2019 $ were $8.62B, down $0.1B (-1.1%). In this report we will drill down into the data to see what groups caused this slight decline . (Note: All numbers in this report come from or are calculated by using data from the US BLS Consumer Expenditure Surveys)

More specifically, the 1.1% decrease in Total Pet Services spending came as a result of:

You can see that after the big lift in 2018, spending essentially flattened out in 2019, similar to the pattern for the 18 months from mid-2016 through 2017. The increased availability and convenience of Services has radically driven up the spending on Services. This happened despite a return to a more normal inflation rate, +2.4%, as more people opted to use Pet Services and to do it more often. However, inflation grew even stronger, +2.5%. By the 2nd half of 2019, it made an impact as spending declined for the 1st time in 18 months. Now, let’s look at some specific spending demographics.

Finally, here are some other key demographic “movers” that helped to plateau Pet Services Spending in 2019. The segments that are outlined in black “flipped” from 1st to last or vice versa from 2018. The red outline stayed the same.

There were only 2 other “usual” winners – Suburbs 2500> and those with Advanced College Degrees. In terms of “usual” losers, Renters and Hispanics are often at the bottom of Pet Spending ladders.

In our earlier analysis, we saw a very distinct pattern in the spending by age group. Americans 45 and over, led by the 75+ group, spent more on Services. Those under 45, driven down by the 35>44 year olds, spent less. Let’s see how those two patterns are reflected in the chart above.

First, the lift by the older group is evident from these winners:

That’s half of the twelve winners. Now, the decrease by the younger group in these losers:

The pattern for the younger groups is also reinforced by the details.

There is 1 winner that seems to be out of place, the 5+ CU. Shouldn’t that be a younger CU, with kids? It turns out the largest CUs are Other Married Couples – Extra Adults, no kids. Their average age is 51 and they spent more on Services.

Once again, we are reminded that you must drill below the surface to find the true story.

After the huge lift in spending in 2018, Services spending plateaued in 2019. There were a lot of ups and downs, but overall the segment remained essentially stable at its new elevated level of spending. The young group will undoubtedly come back as their pet spending tends to be more volatile in each segment. It is very encouraging to see the increased spending by the fast growing older segment. This bodes well for the future.

COVID-19 presents the greatest uncertainty for 2020. The pandemic with widespread closures and “staying at home” likely had a big impact on this predominantly “nonessential” Pet Industry segment. We’ll get the first indication in the mid-year report published in May 2021.